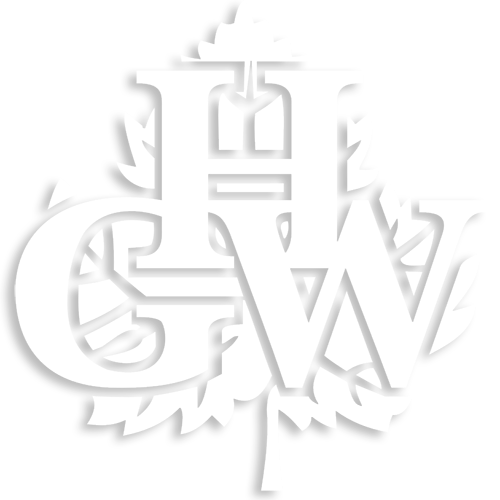 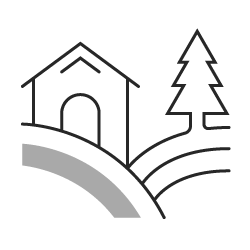 Seven years after Jeremy’s parents, Eddie and Betty Walker, emigrated from England to Cape Town in 1952, they settled in the coastal village of Camps Bay. After twenty-one years in Cape Town, they moved to the Stellenbosch countryside in 1973 and purchased a small farm called Boplaas on the lower slopes of the Helderberg Mountain.

The Walkers renamed the property Grangehurst after their childhood homes – “The Grange” (Betty’s childhood home in Birmingham) and “Hurst Close” (the street in London where Eddie grew up). Coincidentally, “grange” means “a country house with farm buildings” and “hurst” means “on a hill,” making Grangehurst a very apt name for the family’s new home.

During Jeremy’s final year at school, his dad suggested he consider a career in the wine industry. Wanting to do something different after a stint in the SA Navy, Jeremy enrolled at Stellenbosch University to study Viticulture and Oenology, graduating in 1977. Following his studies, he worked two vintages at Bertrams in Stellenbosch and then added to his experience by working vintages in Germany and France. Taking a break from winemaking, he completed an MBA degree at Cape Town University in 1980 and returned to winemaking six years later when he helped establish the winery at Clos Malverne in Stellenbosch’s Devon Valley.

After six vintages at Clos Malverne, Jeremy set up his own winery in 1992. The Grangehurst property, although too small to be a viable farm, is surrounded by prime Stellenbosch vineyards and perfectly situated for the establishment of a winery. He converted his dad’s former squash court into a wine production cellar in which he crushed top quality grapes that were sourced from neighbouring vineyards. This “squash court cellar” was used to crush the grapes, ferment the mash and press the skins from the maiden vintage in 1992 until 1998.

The first vintage produced at Grangehurst was crowned Champion Wine at the South African Young Wine Show – a dream start for our small red wine cellar. In 1996, Jeremy was invited to join the Cape Winemaker’s Guild, an association of innovative winemakers who are recognised as having played a significant role in the development of the South African wine industry.

A warehouse and an underground barrel cellar were constructed in 1996 and a new production cellar was completed in time for the 1999 vintage. Jeremy’s former bachelor pad was converted into a bottling cellar in 2000.

In 2000, Grangehurst invested in a 13ha Stellenbosch property in a joint venture with ophthalmologist, Dr John Hill, and planted Cabernet Sauvignon vines in 2002.

What started off as a “commercial hobby” soon developed into a successful wine business. In 2004, Dr John Hill, co-owner of Sunset Vineyards, joined us as a business partner in Grangehurst Winery.

We use cookies on our website to give you the most relevant experience by remembering your preferences and repeat visits. By clicking “Accept All”, you consent to the use of ALL the cookies. However, you may visit "Cookie Settings" to provide a controlled consent.
Cookie SettingsAccept All
Manage consent

This website uses cookies to improve your experience while you navigate through the website. Out of these, the cookies that are categorized as necessary are stored on your browser as they are essential for the working of basic functionalities of the website. We also use third-party cookies that help us analyze and understand how you use this website. These cookies will be stored in your browser only with your consent. You also have the option to opt-out of these cookies. But opting out of some of these cookies may affect your browsing experience.
Necessary Always Enabled
Necessary cookies are absolutely essential for the website to function properly. These cookies ensure basic functionalities and security features of the website, anonymously.
Functional
Functional cookies help to perform certain functionalities like sharing the content of the website on social media platforms, collect feedbacks, and other third-party features.
Performance
Performance cookies are used to understand and analyze the key performance indexes of the website which helps in delivering a better user experience for the visitors.
Analytics
Analytical cookies are used to understand how visitors interact with the website. These cookies help provide information on metrics the number of visitors, bounce rate, traffic source, etc.
Advertisement
Advertisement cookies are used to provide visitors with relevant ads and marketing campaigns. These cookies track visitors across websites and collect information to provide customized ads.
Others
Other uncategorized cookies are those that are being analyzed and have not been classified into a category as yet.
SAVE & ACCEPT
0
0
Your Basket
Your basket is emptyReturn to Shop
Continue Shopping